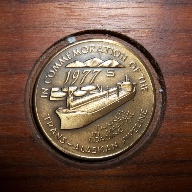 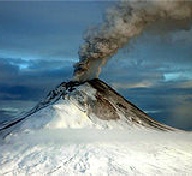 Southwest Alaska includes all the towns and villages listed on the left and includes the Aleutian Islands. Click a name for more information.

A sparsely inhabited region stretching some 500 miles inland from the Bering Sea. Most of the population lives along the coast. Kodiak Island is also located in Southwest. The massive Yukon–Kuskokwim Delta, one of the largest river deltas in the world, is located here.

More than 300 islands small volcanic make up this chain, which stretches over 1,200(1,900 km) into the Pacific Ocean. The International Date Line was drawn west of 180° to keep the whole state, and thus the entire North American continent, within the same legal day.

With its myriad islands, Alaska has nearly 34,000(54,720 km) of tidal shoreline. The Aleutian Islands chain extends west from the southern tip of the Alaska Peninsula. Many active volcanoes are found in the Aleutians and in coastal regions. Unimak Island, for example, is home to Mount Shishaldin, which is an occasionally smoldering volcano that rises to 10,000(3,000 m) above the North Pacific. It is the most perfect volcanic cone on Earth, even more symmetrical than Japan's Mount Fuji. The chain of volcanoes extends to Mount Spurr, west of Anchorage on the mainland. Geologists have identified Alaska as part of Wrangellia, a large region consisting of multiple states and Canadian provinces in the Pacific Northwest which is actively undergoing continent building.

One of the world's largest tides occurs in Turnagain Arm, just south of Anchorage– tidal differences can be more than 35(10.7 m). (Many sources say Turnagain has the second-greatest tides in North America, but several areas in Canada have larger tides.)

South West Alaska includes all the cities, towns and villages on the left. Click a name to see more information.